This is no secret, but artists, in general, have questionable communication skills. This makes sense, especially for electronic producers. They are often locked away in their studio, alone, micromanaging their sounds, rather than going out and socializing. Then when they do, their social skills are often enhanced by confidence-boosting chemicals, rather than fundamental social skills.

Know What You Need, Express What You Want

The number one communication problem producers have is knowing what they need and expressing what they want. Often people aren’t direct, and dance around the request, telling a whole tale before getting to the request (if there is one at all).

My suggestion? Put the bottom line upfront. Make your request, and then write some sentences to contextualize or clarify it. Bottom line upfront is a well-known communication strategy used by a ton of institutions because it gets right to the point without tiptoeing around it. This is an organized, well-founded communication skill in the music industry.

If You Want Something For Free, Don’t Make Requests Immediately

Often I’ll add someone on Facebook and the first thing they do is suggest that I like their artist page. Many times I just ignore these messages, but sometimes I’ll reply saying that they have to actually have a dialogue before I decide to like their page. Rather than acknowledging that, they usually reply by sending their Soundcloud, with no other context.

I don’t know if this is because other “cool” DJs do this, so they think they need to do that too, or what it is, but the level of communication ineptitude there is quite astonishing. It shows a complete lack of respect and appreciation for the person they’re communicating with. Also, it provides no context, or information, making the whole thing quite useless.

I’m happy to listen to songs and even follow pages if it feels appropriate, but producers have to build a relationship with me first. This goes for anyone in life and is not just communication skills for the music industry: people don’t just dole out favors for people they don’t know.

You see it all the time online. Some random commenter will offer unsolicited advice about a topic to an unsuspecting audience. Even worse, they rarely substantiate it with any experience or authority. A good example of this is a recent post where an amateur Drum n Bass DJ offered “advice” to Carl Cox about his recent drum n bass set.

Does Carl Cox actually care about your unsolicited DJing opinion? Probably not. He’s a legend. However, being a total gentleman, Carl thanked him for his input and showed appreciation, like a pro. This brings me to the next point… 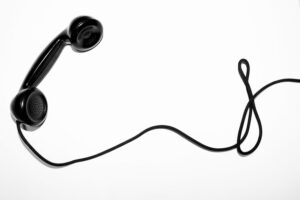 Appreciate The Other Person

If you want someone to care, you have to care about them as well. Do some research on them, ask them questions about what they like, and what inspires them. Often producers with a semi-decent amount of followers will hit me up and just expect me to engage because they have a bunch of followers. Sorry to tell you, nobody, besides promoters, care about your follower numbers. Not even your mom cares.

However, when people know who I am, what I’ve done, my affiliations, and has enjoyed my music, this creates an immediate bond. This also avoids me having to explain who I am and what I’ve done. I would rather be humble and not have to prove myself.

The people who know who I am will come with appreciation before they attempt to get something. I don’t have to prove anything, which makes me want to know them, because they are at least interested in similar things, since they’re a fan. 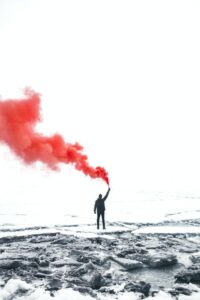 posts, and comment. Over time, people will begin to notice you, because they are constantly exposed.

In psychology, there is actually a term for this: the “Mere Exposure Effect.” It’s really just a music industry communication skills hack.

While just minor interactions such as “hearts” can go a long way, it’s often best to ask specific questions, or make tailored statements, because it shows that you care. Sometimes when I make posts, I start to think of these commenters, with the goal of trying to get them to interact. It’s a good feeling to feel like you have support.

Be Tactful With Name Dropping

Name-dropping is a double edge sword. To a certain extent, it helps me know that a stranger’s connected to me in some way. This creates a feeling of familiarity.

Where it becomes a little too much is when they bring up stories involving details that might be too personal or too revealing.

Whenever someone gossips, there is often a request that underlies the whole thing. Sometimes it’s validation, sometimes it’s trying to coax a mutual understanding, or a need to show people that you are in the know. An example is if someone badmouths a promoter for not paying, it’s often a request for justice. However if I can’t do anything about it, then it’s not appropriate to talk about it. However, if I know that person, it might be a good thing to say it, as I can do something about it if the claim is warranted.

Offer Something Of Value

Each time I do a live stream on YouTube, this guy shows up, asks really interesting questions, makes really nice comments, and then after the stream, he connects, and says the things he loves, and then makes requests. Better yet, he often gives ideas of things he saw in other streams and asks if I can incorporate them (but not in a pushy, or “explaining” sort of way).

One time he asked me why I haven’t had a Livestream for a while, and that encouraged me to make one.

While everyone’s communication style is a little different, these are some basic observations that I’ve noticed through my years as an electronic music coach and producer. It’s these little interactions that make me more willing to listen and fulfill requests from people who before their initial interaction, were only strangers.

This also helps me learn who they are, and increases the chances that if they submitted a song to my label, Archipel, that it may get signed. That’s because my label is more than just the music, it’s a reflection of personal values. And no matter how good the music is, if I don’t know that person’s values, then chances are it won’t be signed.

This is also true for feedback and free coaching. I’m usually happy to help people who care about what I do, because that, in turn, helps me improve.

“ Although it was supposed to take 48 hours to complete, Pheek was kind enough to finish it in less than 24, being super fast about the revision too. We are looking forward to use his services in the future too. ”
Blumea Records Romania
Order Now