There is this attitude in electronic music that if you share your secrets and techniques that somehow an essence of it will get lost, and some of the magic will dissipate. Additionally, people may take that advice, utilize it, and somehow outgrow and surpass the teacher. And nobody wants to feel like they dug their own grave. This philosophy about electronic music coaching took me some time to overcome, and I’m glad I did.

Instead of the relationship between teacher and student becoming parasitic, instead I have found it to be purely symbiotic. Sure, some students have surpassed me in many aspects, but I find that they are reciprocal about their newfound knowledge. Now I have many people who are happy to help me with aspects of music making that I don’t enjoy doing as much as they do.

As I’ve harped on in previous posts, it makes sense to delegate some of the tasks of your music making, as this is what happens in every other genre of music, yet, for some reason, seems to be stigmatized in electronic music. Think about it, The Beatles had George Martin, Miles Davis had Herbie Hancock. Michael Jackson had Quincy Jones (as did Frank Sinatra). It doesn’t make you less of a musician to be the teacher and embolden your students; it empowers you and propels you to greatness.

That’s why, around Spring of 2016, I announced on my Facebook page that I’d do free electronic music coaching to anyone who would come to me. Back then, it was just a pure invitation to share my knowledge to people and using Mailchimp’s newsletter technology, I was hoping I could send emails to people and guide them in exercises.

Initial Experiments In Electronic Music Coaching And The Lessons Learned

My initial attempt kinda failed pretty quickly as my lack of understanding of the email technology drove some of the participants mad and I had more damage control to do than coaching. So I closed that option and decided to open an electronic music collective / Facebook group with a precise goal – to provide a safe space for anyone who was unsure about their music before posting it publicly or sending it to a label. Of course, any question would be welcomed and we would have a hive mind to answer questions from various people.

As I’m approaching 5 years of free electronic music coaching, I’ve learned a lot from this. From giving feedback and to seeing mentees grow into solid musicians, these are the scenarios I saw play out.

Pretty much everyone who came to me to get some help had one thing that was blocking them from something. A minority would come to perfect their skills and some would come to have guidance in different situations but in the most part, people come to me because they’re blocked. In our electronic music collective, the more specific questions are usually searching for a specific effect used to replicate a sound or getting feedback on a song. These are quickly answered by the community that share a few ideas and hints. Often, it might not be exactly what the person needs but it often guides them down a path that may lead them to something more proactive.

However when doing one-on-one electronic music coaching, I often am presented with the same problems:

If you look in hindsight at what happened in the world of electronic music production in the last 20 years, the software world paired with the internet has made it much simpler. 20 years ago, we were limited to a few resources and we’d always be in stasis waiting for our answers to come (if they ever did). We are now living in a world where we are constantly having our attention pulled in multiple directions, with each direction espousing that “this is the true way,” when there is rarely a “true way” for anything, especially in art.

It’s these conflicting statements that seeds a ton of doubt, or unnecessary confidence in their practitioners. This doubt, or this overconfidence that my one on one sessions seek to remedy.

There is nothing wrong with being confident in your work, but overconfidence creates barriers to learning, and conflicts with progress. Sometimes I wonder why these people want electronic music coaching at all, but the fact that they get it, shows they at least have a conscious understanding of its importance, even if their subconscious confidence conflicts with it.

Conversely, the doubt that many musicians have creates a similar problem. They may be in coaching to become more confident, but their lack of confidence results in that sort of barking little dog syndrome, where any bit of critique damages their already delicate creative ego, even if they consciously know it’s necessary. This can be likened to something like physical therapy; it’s going to hurt to walk again if you broke both your legs, and you’re going to hate it, but you know it’s necessary.

After coaching for over 15 years total, I had noticed that some people did better than others. At the beginning, I was working with a plan, and would teach all the people the same things but I quickly adapted that because it was not working well. Some were learning fast and would provide some interesting challenges or questions while others had some of the same questions but were always struggling on basic issues.

I understood one thing which is, you can’t really teach electronic music theory and music production training from a rigid approach because what makes it successful is to understand someone globally and then, as a team, find strategies to build a routine and work habits. More importantly, I tried to help the person find its own way of learning through the internet jungle.

Here are common points that people who succeeded had: 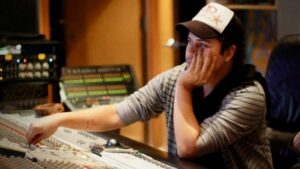 These are individuals who have been facing a number of problems in the learning and while have learned a lot and improved much, they unfortunately haven’t rolled out as much as they wished. These are what commonly hinder them.

The Latin proverb docendo discimus translates to “by teaching, we learn.” These are some of the lessons I’ve learned by teaching others.

If you give something for free, it doesn’t always have value. Free advice is cheap advice. Unless people pay for it, there is less of a chance that they will anchor said advice. Not saying that giving free advice is bad; that’s what these blog posts and the group flourishes on. It’s just that they can be easily dismissed. However, if you paid for advice, there is a greater chance that you implement it.

Consistency is key to development

Think of it like training for a sport. If you are training for a marathon, and decide to take a month off, you’re going to have to spend time ramping back up to that level. Additionally, the longer you put something off, the more chance you have to disregard it.

Not be afraid of making mistakes

The comic strip artist Scott Adams has a really poignant quote about mistakes in the creative journey. He says, “Creativity is allowing yourself to make mistakes. Art is knowing which ones to keep.” I find this statement to be very true. Many of my favorite parts of my works have come unintentionally, or are a result of seriously messing something up. 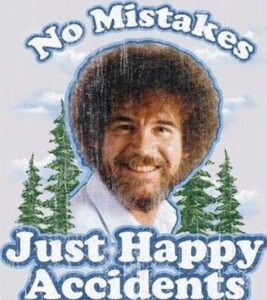 Being part of the community

No man is an island. Civilization was built by teams, and communities, not individuals. Teaching has allowed me to be part of a vibrant community, and for that I am extremely grateful. It has taught me at least as much, and provided me as many resources, as I have provided others.

Other Benefits of Electronic Music Coaching

Since my music is pretty esoteric, I learned over decades of performing that the people who attended my shows were cut from a similar cloth. They were musicians, and sound designers, eager to absorb some of the essence of the performance in order to translate it into their own creations.

This gave me the realization that in order to grow and keep my fan base engaged, I had to give the people what they wanted. Therefore, electronic coaching became not only empowering creatively, it became a solid marketing channel.

If you’re interested in becoming part of our community and getting some free coaching, join our electronic music collective, Pheek’s Coaching Corner. We also have a bunch of tutorials on YouTube as well. If you want more personalized coaching, I offer that as well.

“ An absolute delight working with Jean-Patrice. Very mature conversation and a deep understanding of sound, both in technical terms and most importantly, in the musical sense. He was up to a great challenge, first of all dealing with a control freak and then mastering my "Nodus tollens" LP on the legendary Apollo Records, and he delivered in big fashion. Our one-on-one sessions were eye opening, giving us both a chance to learn from each other and meet halfway. ”
Ada Kaleh
Order Now