Resisting the lust to be famous

While music fame and the desire to “get famous” might seem comical to some, I’m sure that if it doesn’t apply to you, perhaps there are some people in your network who have expectations to build a career in music production. It’s one thing to leave your mark, but it’s another when you have a very strong expectation to be famous. Why do I address this? Mainly because working with people I’ve noticed that many have this cyclical pattern of ups and downs, all based on how productive or successful they’ve been. The thing is, when you’re up, things are great of course, but the issue is how to deal with the lows. 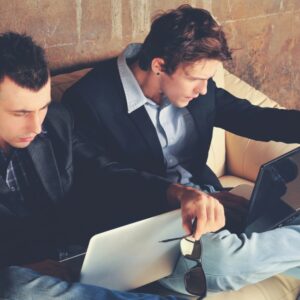 In my career, I’ve learned a few things regarding how to deal with the lows. It comes down to perception mostly, but also to how you approach things. The thing is, no matter if you’re riding a high or a low, you are exactly the same. External factors can trigger frustrations but they’re not responsible of your emotions. While it is known that physically, making music can release some internal hormones that give pleasure just as a drug, on the flip side not being able to do music can also be hurtful.

Let’s debunk a few things that can help you surf more positive waves.

If you’re in music production to chase success, you’re in for a nightmare.

What is a successful release?

This is a good question; the definition of success can be based on multiple factors:

The thing is, these factors are all linked as you can see, in one way or the other. As a label owner, sometimes it becomes pretty frustrating to deal with artists who complain that you didn’t push hard enough because the previous release did better. Explaining it like a lottery might be the best way to put it out. The strangest thing is, sometimes some of the most talented artists I know make music that is exceptionally beautiful but it just doesn’t sell, reach or get any feedback; it’s as if people completely missed it. I’ve seen some releases on Archipel pop 7 years later because a known DJ played a track in an event, randomly. Thank you Shazam!

In the end, you are the one that can define your own success. Using numbers will help you greatly. “Being famous or known” can’t be measured, but selling 200 vinyls can. And since sometimes things move really slowly; sometimes patience can make a difference.

Over 20+ years of releasing music, I’ve come up with my own set of success measurements. One of them is based on a very tight circle of friends I share my music with once I’m done with a new song. If they all like it, then I know I have something I’ll be happy with down the road. Because one of the main issues with music making is to know if you’ll love your music later on. While you’re in it, you often lose perspective of its true potential

So what does success come down to?

1 – Create personal projects that matter: This is something really important here. Make music, finish your songs, make albums and share them with your friends. Hire someone to make a kickass artwork, make sure it sounds top notch and have something that makes you proud, even years later. Why? Because that is success, honestly. To have your own collection of homemade music is something that creates a portfolio and later on, if anyone looks back at your past work, they can see the dedication and work you put into it.

2- The 1/20 ratio: Keep in mind that one song out of 20 might get attention. Perhaps less. Keeping that ratio in mind, it really brings you down to earth and keeps you humble. Is it worth making music? Hell yes. Make tons of it. Don’t spend forever on that one song you believe will make you famous. Make tons of them, record daily at least one thing, one sound design, one loop… keep yourself engaged in what you love, because you love it, not because it will lead you anywhere.

3- Create your circle of validation: This will take time and patience but if you can find a circle of 5 people you love and that you know have similar tastes to you, then you can broadly share with them. Expect to be frustrated at times but be there to validate their work as well, and remain honest, diplomatic and constructive in any feedback. Make sure that some people of that circle are DJs that often play out so they can test your music in context, if that’s you’re goal. Bonus points if one of those DJs is a social media magician; he might refer you around. I also like to have someone that is very knowledgeable so I can bounce ideas of him/her regarding labels to send my music to.