Inspiration and Risk: Returning to FL Studio and Reason

As 2019 is comes to and end, I realized that it will be the 4-year anniversary of this blog. For the first time, I’ve had a hard time finding inspiration and motivation for writing, but also for music in general. After releasing an album this spring, I really felt like I’d explored techno inside-out, in terms of what I can bring to the genre. Motivation and drive are something that rise and fall for many people who make music—many try to find novel ways of keeping it going. 2019 also marked 20 years of releases as Pheek for me; I realized that I’ve kept this alias going for a long time. However, in 2009 I took a big break from music-making, before I became a father and after touring for 8 years—I felt like I had seen enough. The thing about being a musician, is that you may call it quits or feel you’ve had enough, but somewhere down the line, the drive to create something will always return.

You need patience—this was probably one of the things I said the most to others this year, and I also had to take this advice myself.

When you need a break from music—or anything that usually makes you happy but isn’t anymore—it’s mostly because you’ve created some lofty expectations that are very difficult to achieve. For example, maybe to feel satisfied with your music, you expected a release on a specific label? Or perhaps that after releasing music, that you should get more recognition, more gigs, or be more demand?

99% of people who come to me with writer’s block have lofty expectations. These expectations usually have nothing to do with reality and create a dissociation from the pleasure of making music. This issue often comes up when setting goals—we set goals too high and are hard on ourselves when we don’t meet them.

I’m no stranger to unrealistic goals, and have experienced this dissociation deeply myself. It’s a good thing to go through every now and then; I can relate to anyone who’s also stuck in that uncomfortable space.

However, I think I’ve slipped into the other 1% of causes of writer’s block, which is, in my case, boredom and being jaded. I mix and master music all day, so it’s hard to disconnect from my critical voice. Teaching Ableton Live and knowing it inside-out leaves me with fewer angles to explore to discover unknown territory (although I do love finding YouTube videos with new techniques to try; even if I was already familiar with a technique, people will often do things in a different way).

This boredom brought me to a tough decision which involves taking a risk: get rid of everything that makes my way of making music safe, easy, stable, effective, productive. Creativity is about problem solving—challenging your brain creatively will push it to become more flexible, alert, and open to new ideas.

In my case, I decided I’d go back to my very first DAW, FL Studio. I missed its awkward design and logic. It’s a bit of an odd-ball in the world of music because it wasn’t made by-musicians-for-musicians, but more by-nerds-for-nerds who wanted to make music, which is suitable for techno nerds like me. Honestly, I didn’t really understand what I was doing when I made my first few albums with FL Studio; I was doing my best to make things work and sound okay. The limitations created some interesting results; some people wondered why or how I did some things, to which I replied that it was because I didn’t know how to do them otherwise. FL Studio is often regarded as a toy or a not serious DAW, but it’s actually really badass, if you can learn to understand it.

It took me some time to sync it to Live because on the OS X version, Image-Line decided to not include the ReWire function. ReWire was something I heavily used circa 2002-2009. If you have this issue, here are some tips on how you can record audio/MIDI from anything in Live:

Many people love Soundflower, but I hate it. I find it frustrating and confusing. A really lovely alternative is Loopback by Rogue Amoeba. It’s not free, but it’s worth every penny—it can do a lot of internal routing to record audio from your internet browser or other software (very practical for audio artists). Loopback solves audio routing, but not MIDI sync.

On OS X, there’s a built-in tool called Audio MIDI Setup; here you can create a virtual MIDI channel to be used. Then, in FL Studio, in the MIDI out, you pick that channel as your out while selecting the “Send MIDI sync” option. On the other side, in Live, set it as slave, then in the preferences, set the MIDI channel to Track/Remote—this should work.

Things I love about FL Studio

However, there are also many things I don’t like FL Studio, but they’re not the point of what I am discussing in this post. To put it briefly, I can’t see myself having a speedy workflow with arrangements in FL Studio; I tried for 10 years and eventually wanted to knock my head into a wall.

If you’ve missed out on all the hype about Reason, its latest version is making it the DAW of the year to me. Reason basically turned its effects and instruments racks into a VST, which lets you open it in any DAW. Reason does not crash—that’s the beauty of it; but don’t forget the power of the sound it makes as well. I’ve often done patching in Reason (the visual UI triggers my inspiration right away) and people weren’t sure if it was from my modular or not. 90% of my last album was done in Reason 10. What I loved doing was opening one of its native synths, and patching some LFOs, or envelopes to do some intricate routing and create a bunch of sounds that motivated me to turn them into songs right away.

Opening Reason with FL Studio, connected to Live, really felt like science fiction as I would have never imagined this trio 15 years ago. But, not only does it work like a charm, it’s absolutely a thrill to use! One thing I love about Reason is its feature to be able to rent plugins. They have an internal line of modular inspired tools that let you patch similar setups as you would with a rig.

The reason why I still route everything to Ableton is to be able to record all the tweaking in real time, with the mistakes as well as the good moments that might not be replicable. I still like to do my arrangements in Live, as it is the most efficient. I could export stems from FL Studio, but I find it more fun to grab things imperfectly.

If you work with multiple DAWs, I’d encourage you to create a folder where you save all your recordings, projects, and tests. Export everything as you go, and go fishing and build a mothership.

I wrote this post spontaneously, not really thinking of where it would lead me to. Spontaneity feels good, and so does music production these days. 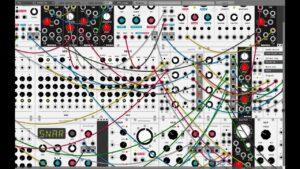 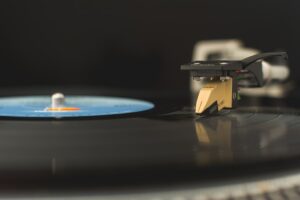 “ I had almost given up on the ideal of my tracks being both fat and clean in production. Pheek He was fast and easy to communicate with. His expertise and skill is entirely present throughout my newly produced tracks. ”
Liam Grist
Order Now