Turn Your Writer’s Block Into an Opportunity

You’ve heard about writer’s block many times, and maybe you’ve experienced one. I also get one routinely. Many others have addressed the topic, but I’ll share some of my own views on it here.

Before anything, let’s just check a definition first so we’re on the same page:

Writer’s block is a condition, primarily associated with writing, in which an author loses the ability to produce new work or experiences a creative slowdown.

SEE ALSO :   Where to Get Fresh New Ideas for Tracks


What I’ve learned through time is that a writer’s block is also your body and mind telling you to slow down. There’s no better way to see it. While you can learn to change your way of working, which might be leading to feelings of insecurity, frustration, or confusion, you also need to first make sure that you’re really in a writer’s block. These are some symptoms: 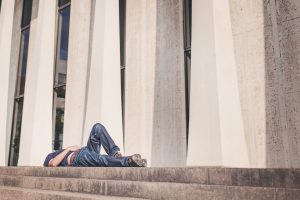 Where many people get confused is between a writer’s block and being exhausted. I know many prolific producers who work really hard for 3-6 months and then will not do any more productions for the rest of the year. They will focus on DJing, collecting new toys for the studio, or just spending more time playing music.

There’s no better way to approach the situation than taking a step back. For my friends, for example, this usually involves:

It’s easy to fall into simple psychology tips, but I’ll refrain from doing so, mainly because each person has their own way about it. But one thing that I absolutely encourage you to do is to not panic. 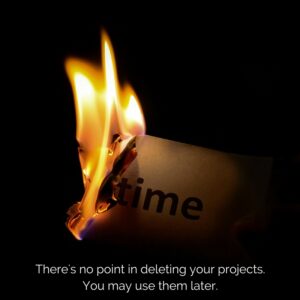 Resist the urge to delete or sell anything you don’t like. I can’t tell you how many times I’ve had people tell me they deleted a project they were working on. I believe that this is one of the last things you want to do. Not only does every project have at least one great thing about it, but they can probably be recycled later on, maybe even many years later.

Take time to learn sound design or sound engineering. One of the things that happens when you are creatively productive is that you lack the time to perfect your design skills. You’ll be absorbed in mixing and making tracks and arrangements, but sound design is one of the most important parts of your work. Also, when do you ever have time to read technical stuff? Mostly never or just a few minutes here and there. Take the time to read up on the technicalities you usually avoid for fear of boredom.

Reach out to fellow producers to collaborate or remix. When working with others, things usually flow easily. That is, it’s not really your work, and teaming up brings motivation. Try it!