Playing electronic music live is a huge topic and I could dedicate an entire blog to it; this is the first in a series of posts outlining some advice to help electronic and computer-based musicians perform a live set. My goal here is to cover everything you need to know to perform live.

Prior to writing this post, I talked with MUTEK Festival’s director Alain Mongeau about how the festival has been sticking to prioritize live acts. I asked him if live acts were still popular compared to when the festival’s debut in 2000. He said that while it is an important thing for them to promote live expression of music, there’s still confusion on what it really implies.

Firstly, we need to answer the essential question which has been debated for years:

What is a “live set” and why would you do it?

I’m not going to explain this in a ton of detail, but let’s clarify one thing, no one person has the right to say what a “correct” live set is. You should have your personal opinion about what a “live set” means in electronic music, which will then in turn be the foundation of your own approach to creating a live set.

Before I offer any answers to this question, let me share my personal interpretation of the phrase “live set” which has defined my own sets since the very first one I performed in 1999.

To me, a live set of electronic or computer-based music:

While I’ve always felt that these should be the basic “rules” of live sets, I’ve come across so many well-established artists who don’t follow any of these points and would argue that “live sets” are something different. Like I said previously, it’s not up to me to decide how “live sets” should be. Picture your own interpretation of a good “live set” so you can build your session accordingly.

This series of posts will address certain ways to prepare a live set in Ableton Live, mainly from my own perspective but I will also cover other points.

Why do you want to play live? This is an equally important factor to consider. I feel that live sets in electronic music are very important and meaningful to both the artist and the audience. It’s a rare moment for an artist to share, connect, explore and be creative with a lot of other people. I don’t believe it approaching live sets lightly unless, well, you’re music is light-hearted perhaps! But even then, I still think devoting time and love to your set can do great things.

I’d like to cover three main types of live sets to start to help you decide on a direction you want to take for your own sets.

Live Set Type #1 – Playing close reproductions of your own tracks

This type of set is what I’ve been doing most when I play live, but I really make sure that no matter how I’ve prepared my set, it has room for improvisation. I remember a tour where I had one person see/hear my set three nights in a row and told me years later that each night was pretty different, and each felt like a different trip – that really made me happy! 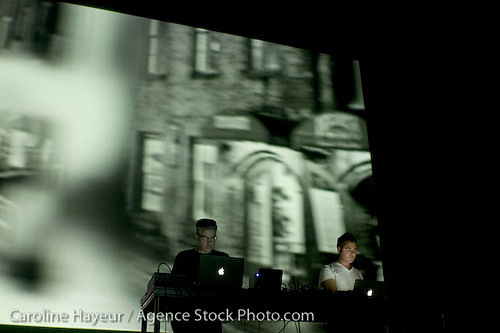 In the early years of my live sets, this was how I approached live sets, but I came back to the first method as I find that for me type #1 is the most fulfilling. This method however, will definitely result in completely new versions of your music each time you play.

This type of live set is fun and looks good on stage but is also very tricky, mostly because of the sync problems you might have between gear and the laptop. But if you make it work, it can be pretty damn epic. 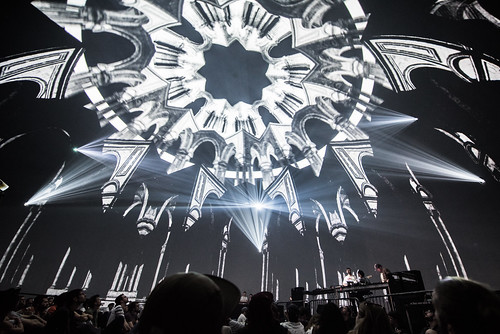 Other Live Set questions you might want to address

These two questions can also influence what type of live set you decide to build and play.

Think ahead; think about which direction your live set might go. For instance, if you want to play your own tracks, think of which ones you’d want to use, and try to have them all in a folder (use the “collect all and save” from Ableton to make sure you have everything on hand ready to go). As for the improvisation and hybrid sets, think about what kind of setup you might want and feel comfortable with. And lastly, the audience you are performing in front of is important. You should never play the same set in a club as you would at an outdoor festival.

Stay tuned for part two of this series of posts on playing electronic music live.

“ Great job on the masters. thanks! ”
Rhadoo
Order Now