Should I Remix for Free?

If you’ve been hanging out on SoundCloud, uploading some of your music productions, commenting on other artists’ tracks, and exchanging a few words here and there, you may have been invited to collaborate at some point. If you haven’t invested much time in networking on SoundCloud, you’re really missing out on one of the most important hubs for music producers.

There’s been a huge emphasis in recent years placed on the number of followers producers can rack up. I even get people hitting me up every now and again to offer me 10,000 new followers, if I pay them 100$ or so.

Yet this craze over followers is nothing but a mirage.

Record labels won’t bite if they see an empty profile with two songs, but 1000 followers. And it’s not only labels who’ll see right through this. Anyone who’s even slightly curious or discerning will be struck by the awkwardness of such a hollow presentation.

Genuine connections, however, can go a long way. The more you interact with people directly (through SoundCloud’s horrible messaging system…), the more you run the chance of being invited to do a podcast or a remix. It’s even a pretty frequent occurence for active users. 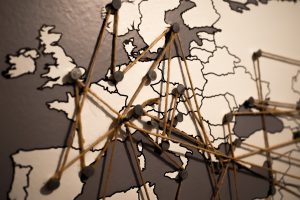 Yet with this being said, if you’re at the beginning of your musical journey as a producer, you honestly shouldn’t expect to get money for this, not even if they propose royalties on sales. The truth is that the current state of sales in the industry is pretty discouraging for all but the larger record labels. Exposure and connections are thus the name of the game, and networking is the way to get you there.

It comes down to these key points: 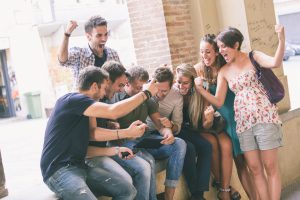 So as a producer, if you’re facing the option of being invited to work for free, consider these 3 things:

Ask yourself these questions, and feel free to ask the people who are inviting you to collaborate. If you’re going to do it for free or for a few bucks, it’d better be a fun gig!

Now just one final tip: you too may at one point invite someone to remix your music, and they might be considering these same points. So if you really want to work with an artist you love, it could be worthwhile to invest some money into having that special artist remix your track. Paid artists are often a good source of promotion to get your music where you want it to be.