Getting Lost in the Sea of Tracks

Searching for music these days has become a real skill. I was in a few music stores recently browsing for new tracks for an upcoming DJ gig, and I realized just how counter-intuitive the experience had become — not only because music stores are, in general, a huge mess, but also because the noise factor was so high that I just couldn’t find what I was looking for. By “noise factor,” I’m referring to the ratio of songs I found that were irrelevant to my search. 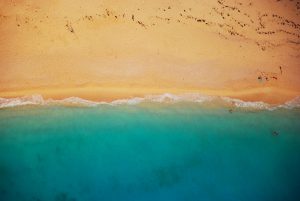 We can attribute part of this to the accessibility of music softwares today, which helped democratize electronic music by bringing production within reach for so many people. Part of it can also be blamed on the fact that launching a label has become so simple that basically anyone with the resources can start one. It might seem ironic for a music production blog to point this out, but this is the reality. I’m pretty sure that if you’re reading this, you’re someone who is dedicated to your art and is looking to really make something happen.

But how do you find your way through this wall of noise?

Consumers have more difficulty than ever finding the music they like. Scroll back in time and you’ll understand that the invention of records was to answer a simple need: to be able to play something again. Once that need was met, a lot of the innovations were centred on making the music sound better. 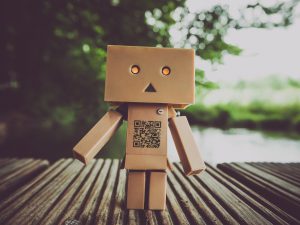 Radio appeared later as a way of broadcasting over distances. Then, at the same time as music was becoming easier to make, the internet came along to dramatically expand its accessibility and reach, leading to an overall decrease in the quality of what’s available. The sea of music out there today is the result of this over-proliferation caused by these technological advances all converging at the same time. For the consumer faced with thousands of new songs daily, it can be very disorienting. One’s community of peers therefore become an important reference.

Artists have difficulty finding appropriate labels to release their music. If you’ve overcome the technical challenges and are now hunting for a label, you might feel overwhelmed. Like I explained in a previous post, you’ll have to spend a considerable amount of time in music shops and online just trying to pinpoint which labels are a good fit for your sound. But with so little time and so many choices, finding what you’re looking for can be a huge challenge.

What seems to be missing is a hub between both parties.

So what’s the solution? 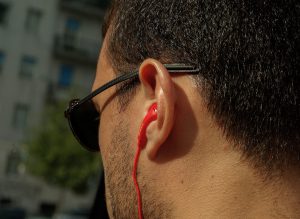 Stop searching elsewhere, rely on your network. I have a few people who I follow attentively on Spotify or Soundcloud. These guys seem to either have a great radar or amazing connections, because they’re always finding gems. I’ve been told that a great way to keep up to date is to follow as many artists as you can, and then cut out those who are idle too long or change styles abruptly. I also ask my friends who are DJs or label owners to share their recent discoveries with me every now and then, and I do the same. Very efficient.

Find influencers. Influencers are individuals who seem to be at the intersection of multiple networks, who are followed by many people and will make waves with their track picks in charts or podcasts. Each genre has its own influencers, of course. Perhaps check a site like Resident Advisor to get an idea of who they think is trending currently.

“ I had almost given up on the ideal of my tracks being both fat and clean in production. Pheek He was fast and easy to communicate with. His expertise and skill is entirely present throughout my newly produced tracks. ”
Liam Grist
Order Now