The legal pitfalls of underground music

You’re about to sign a release with an unknown label? You want to do an edit of a track by Billy Eilish? You want to start your own vinyl only label?

We got you covered with this video.

This long interview with lawyer, electronic music expert, Mark Quail who also worked with artists such as Hawtin and Mathew Jonson, will provide you straight and surprising answers you didn’t think of. But I’ll point out a few highlights too as well as personal thoughts.

Ever since I started my coaching group on Facebook, I’ve seen a good number of people turn their home production into a release, which is a great thing but it also opened a can of worms, as in, what does it legally implies. For some reason, many artists feel like the underground is either a safe, no man’s land because it is a place of development and good vibes but it’s not always the case, of course.

Signing your first release or releasing on an unknown label

This is typical for new, emerging artists as bigger labels have their eyes on the bigger names, it’s rare that you’ll see them be interested in investing on younger, less known artists. There’s a reason why and that is clearly because a lesser known name demand a lot more leverage to push it’s release on various channels. Magazines are also less interested in covering them because they might not attract the same number of viewers and the return on your investment is most likely going to be a deficit. Does that mean that releasing on a small label is a bad thing?

No, not really. Building your profile by piggy ridding little labels is a great way to get your name out there. Also, small labels have sometimes a lot of passion for what they do and as Mark points out, a white flag to look for in the label you’ll work with, is how much they can promote your music. If they work their social medias properly and have a following, that’s usually a really great start.

TIP: This is why it’s crucial that when you submit to a label, you can showcase who you are and what you can bring them, plus also be clear on your expectations towards them.

In the video, we also discuss how less known labels often don’t offer a contract. This is so common and cause insecurity among artists so what does it implies? Is the risk big? The answer is grey on that one. In a way, it’s more for the label that a contract is useful. Mainly because if they don’t have a signed agreement that the artist accepts to work with them, they could be in hot waters. But a contract doesn’t mean you’ll get paid though as some labels aren’t the best with numbers and getting your money for sales might be, even with a contract, a pricey process that might not be worth it.

Mark’s tip: Be cautious to not signed multiple track unless you know more of what they can do for you.

A term we sometimes use in the music business is when you “sacrifice” a song for the sake of doing an experiment or to test something. This is something you can do with some labels, new streaming sites, give a free download or any other ideas that you want to test before going all-in. This goes along with what Mark says and in the end, it’s to see where you are fitting the most. It’s basically impossible to know if you’re a good match for a specific label until you give it a go… so does the label.

Starting a label from scratch

This one has been covered in the past and I questioned Mark about the essentials behind this kind of project. Well, as a label, there are all the elements of starting you own business, but also, you need a network, at least 6 releases beforehand to show you’re serious and be prepared to release on a regular basis. This is usually the most important part.

Comes in questions about Publishing, contracts and all that. You don’t need to have long, detailed documents, but it’s important to have something that all parties can understand and know what it means if they sign it.

The advantage of being on a label is the reach it can do for you. So if you want to start one, keep in mind that your main goal is to offer a platform and community for joining artists to expand, be known, reach people who love their music and ultimately, provide a significant income. When it comes to give artists a voice, it will be important to give a space space for the artist to come back over and over for more releases. Usually this is also a good sign that if you see one artist releasing multiple times with the same label, it often means the label can have healthy relationships with their people. As for artists who releases everywhere, it sometimes also means the artist might be hard to work with or that he’s constantly trying to expand.

As a label owner speaking, I can tell you that the last thing you want is to try to control your artists, both in their decisions, in their music and in their requests. This is where an agreement is important and one by email will not be enough. If you have something on paper, it is what you agreed with.

I invite you to read more about my blog post on how to start a label for the right reasons and listen to what Mark adds to that.

TIP from Mark: While some sites will provide you pennies, it’s collecting them that will eventually make dollars. In the penny economy, you need to run after all the crumbles to eventually see something coming out of it. If you don’t take care of that, someone else might collect it (eg. Publishing done wrong).

The limits of sampling

Mark comes up with a known case of where people think that if they sample less than a few seconds, they can get away with it but it doesn’t work that way. Some people do edits of known songs (Billy Eilish was very popular over the summer) and put it as a free download on their Soundcloud and think that’s no big deal. Well, not so fast on those ideas because there is a risk and being in the underground scene is not making you less vulnerable to some backfire.

Well, one important thing to keep in mind that platforms such as Soundcloud, Youtube and Bandcamp are using algorithms that improve really fast and can pinpoint the use of copyrighted material. A few years back, Soundcloud was made fun of because everyone kept getting warnings over material but they got better and we see it happen lesser than before. Youtube is more advanced on that topic and while some people post edits of tracks on there, they’re putting themselves at risks because there’s potentially some bot that might find out. Labels get a notification if that’s the case to which they can check if there was some substantial money made out of it, and then possibly can make legal action. All those clips people make at festivals can, at some point, even make a backfire as that can be a proof a song was performed and publishing could be raised. In Canada, clubs and festivals have to pay an amount to a royalty collecting company on the behalf of artists… who can claim that money later on.

As for people simply using another artist’s music to make it theirs, that can be a bit more complicated but according to Mark’s view, although we didn’t go far on that topic, there’s not much you can do about it and while you could potentially do something, it would become way more expensive than what you’d get in return. But between you and I, the person who doesn’t have morals and does such thing is shooting himself in the foot; he is publicly showing that he’s too creatively limited to do something on his own, also he should know that people will eventually know and that will play against him in his networking attempts.

As for giving away music for free, using other’s samples, a label could claim this does harm to the original track and come after the artist who did that. This is, to my experience, very rare. It was something I’ve seen in the days of mixed CDs where some labels weren’t consulted and that ended up being really bad for the label and artist in the end.

If you perform the known melody of a song and record it yourself, you keep the royalties but the original artist has the publishing rights over it.

In some cases, everyone can be a winner in such scenarios if it’s done right. That means clearing the rights to use the samples. It can be sometimes surprisingly affordable. It’s worth asking and in some case, the original artist might even like what you did and who knows, work with you in other ways. 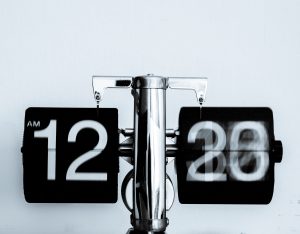 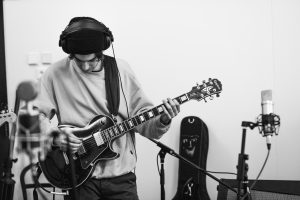