In Conversations with Clients, we bring you an honest and unfiltered look at Pheek’s services, straight from the mouths of those who know — and want you to know too! For this second piece in our series, I spoke with Luis Rivera (artist name LRb), a minimal techno producer based in Puebla, Mexico.

Hi Luis, thanks for taking the time to chat with us! To start off, why don’t you tell us how long you’ve been producing music for?

Now tell me a bit about your projects. Do you have any releases yet or are you working on that?

No, actually I’m working with Pheek because we want to release an EP. That’s the idea behind me using his services, the song finalization and analog mastering services. There’s an app, a KORG app, and I started making songs with it, and I won a contest they had 4 years ago, which led to a release on a compilation of tracks. But I’m working right now on my first EP.

When did you realize that you wanted help with your EP?

Well the thing is, if you start making one kind of music, in my case it’s techno minimal, you tend to repeat the same things. Like in your workflow, you always start, in my case, with drum groove, and even with the drum groove, you always start with a perfect kick, then some hi-hats, then some claps, and you start doing things methodically. You can hear your tracks, and you think they’re all different, but if you leave them for 2 or 3 days and you hear them again, you’re like, “This sounds exactly the same as the track I made a month ago.” So to try to do things differently, you need help, somebody from the outside, an educated ear. I realized that I had 10 tracks that were pretty good for me, I had stuff that I really liked, but – I didn’t know if it needed polishing or what – but I didn’t want to leave the songs as they were. I thought I could improve them. So that was the point where I knew I needed help, but you need help that is very specialized in this type of music.

How long have you been working on the tracks that you’ll be releasing?

There are tracks that I’ve made in the past 2 to 3 years. When I started talking with Pheek, he suggested one thing. He told me, “You know, you should get those tracks out of the closet and listen to them again, with all the knowledge you have right now, with everything you’ve learned through the years, you’re gonna listen to them differently. Maybe you can combine your current drums or groove with a bass you really like from a song you did 3 years ago.” So I did exactly that, I spent 2 to 3 weeks listening to tracks I remember I liked – you don’t remember anything though, you don’t even remember making the track!

We’re looking right now at 8 tracks – the idea is to release 4 – but 80% of these are tracks that I did 3 years ago, and we’re reinventing and smashing things up, et cetera. 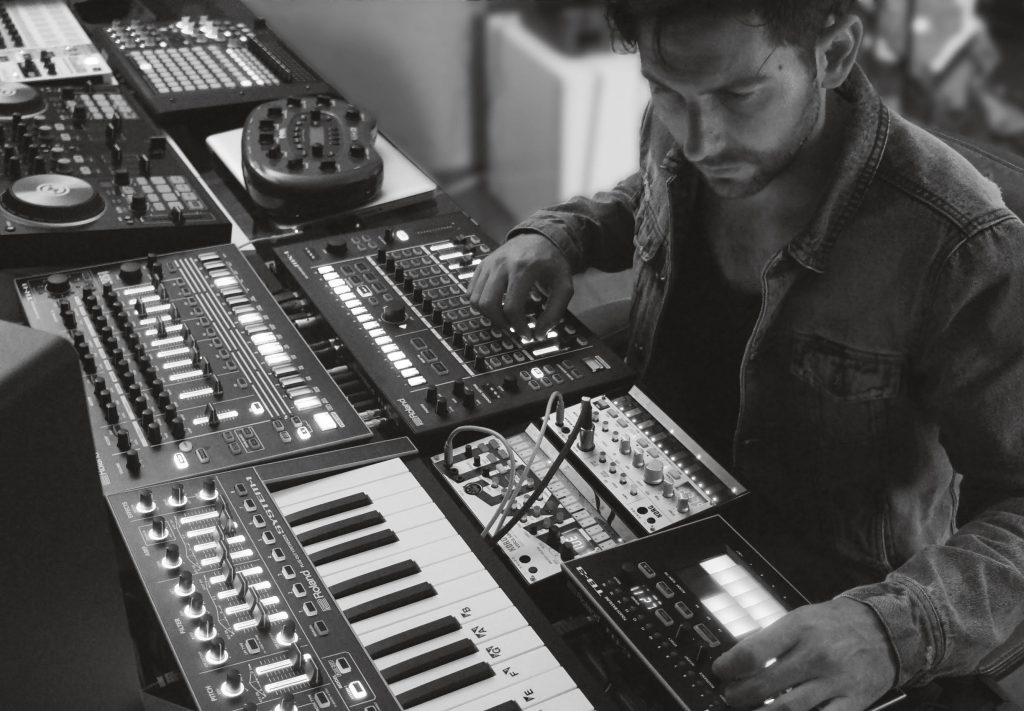 How did you find out about Pheek’s services?

I am really a fan of his music. I had an album that was released by Minus and I really liked the tracks. Actually, they were very inspiring for me at the beginning of my work in electronic music, because I was more oriented towards dubstep and drum ‘n’ bass, and then eventually I started listening to house and techno music – I mean, I loved techno from when I was very little – but there was a track from Pheek on the record, and I started following him on Soundcloud and Facebook. I saw that he posted about his services, so I checked them out on his website, and I just sent him an email. It was super fast and easy. So it was very easy for me to establish contact with him.

Had you ever heard of song finalization services before or was this something new to you?

No, it was something completely new for me. And it was very attractive, but also very scary for me at the beginning. It was very attractive, because I thought I have an opportunity to have an artist, a real artist, whose music I really like, in the same genre I produce – and he has so many years of experience, et cetera, et cetera – so I thought it would be very, very productive for me to have someone like him hear my songs. But at the same time I was very scared, because I still want the songs to be my songs. I don’t want them to be completely changed or anything like that.

And what led you to decide in the end to book him?

Well you know, I simply said “okay, let’s try it.” I talked to Pheek two times before I sent him tracks. We were very clear on the idea I had for the EP, we talked about the general idea, the theme behind the EP. And then I just sent him the track, and he works very fast. Two or three days after he sent me his version, his arrangements, and I immediately loved them.

So it has been a very productive and very easy working relationship. I like to say to him – he laughs, but I like to tell him, “I’m not your client, I’m your friend, and let’s do this like we’re friends.” And it has been flow, flow, flow from there.

What was the thing that struck you the most about working with Pheek, was there anything that surprised you?

Well first of all, he’s always available. You would imagine that a person with his record label, with his mastering work – he does a lot of mastering for a lot of producers – you’re gonna think, “well he has a very busy agenda.” But he’s always available. That was the first thing that really connected with me, that I know I can ask him for advice on many other subjects, not just, “Okay, what arrangement did you do on this or that track?” I can ask him, “What are you listening to right now?” and stuff like that.

And second, definitely the arrangements, the things he sends back to me, they’re things you can only do with experience, with all those years you have working in the studio, mastering, hearing music. All those little things, in the end, they make a huge difference on your tracks. Like for example, I had a song that was driven with very dark synths, it has a very heavy bass, but I didn’t know where to put the percussions. I sent it to him, and 3 days later he sent me a song with just a ride on the percussion, just a cymbal, and it was amazing. He did 2 or 3 things there that were amazing, that completely changed the vibe of the song, and I really liked it. You know, those kinds of things, only a person with experience can really give you.

So in the longer term, what do you think you’ve gained from this experience of working with Pheek? What has it brought to your music production in a lasting way?

Oh a lot of stuff, it’s definitely a lot. Well actually, first, I hope I can continue working with him. He’s very active in other things too. Like right now we’re preparing the EP – we have some labels in mind – but the idea is to make this kind of big. He offers you help in that aspect too. So first of all I don’t wan’t this to be a one-time experience, I am definitely going to continue working with him. The mastering he does – his studio is filled with analog stuff, I produce mainly with analog instruments, and the sound is amazing when he sends back the songs.

But you know, those little pieces of advice, the way he sees things musically speaking, you learn a lot, you learn very very much, in very short conversations, and you can soak up all the knowledge he gives you. It’s like a graduate course!

This interview has been edited.